A. K. A. This doesn’t seem physically possible.

For almost a year now, my boyfriend and I have been pretty regular players of League of Legends. With half the world in between us, it’s one of the few ways we can hang out, other than Skype.

It wasn’t long after we started playing that most of the paintings of the females began to get to me, and to the point where the loading screen for every other match or so makes me laugh or shake my head. It’s not only that almost all of them have armor that does anything but protect, it’s also their poses. They are bent in such a way that I soon realized that most of the girls of League must have broken their backs, and when they’re fighting they must use a ward or something to prop it up. I didn’t even know brokeback was a thing until today, but now that I know what it is, I realize League took no extra steps in avoiding this. 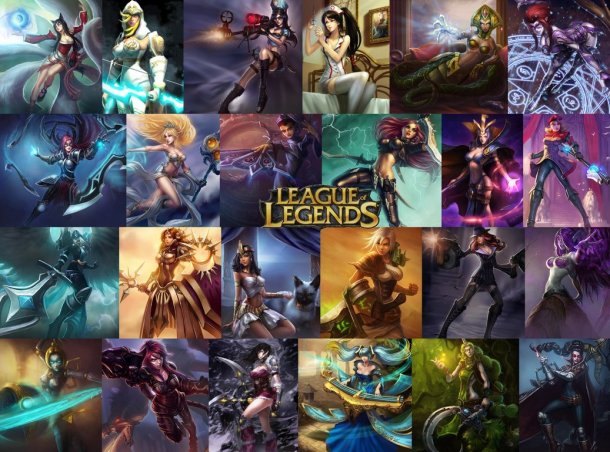 Did you try any of the poses? Maybe a couple are possible, but most of them contort the women’s bodies in such a way that can only suggest she has a bendy straw as a spine. Unfortunately two of my favorite characters are also suffering from a severe case of brokeback – Janna (the blonde with a staff in the upper-middle left) and Morgana (second from the bottom on the right).

Look at the way these so-called fighters are portrayed. In case that little collection isn’t convincing enough, the following ones are contenders for the brokest of backs.

You may all be wearing warmog’s armor, but Miss Fortune’s bare abs can deflect the sharpest of swords! All while remaining as suggestive as possible! 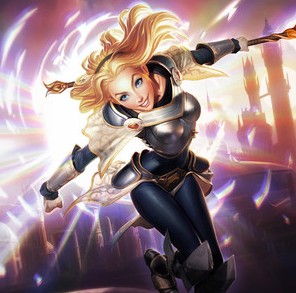 Maybe Lux’s staff is like a wizard’s wand in Harry Potter, except instead of dragon heartstrings the core is made from her own spinal cord?

And last but definitely not least, Soraka and Karma. They were the first two that made me realize exactly what it was that was bothering so much about the art of League (years of video games have grown me a bit numb to costumes – so while many of them are eye-roll inducing it wasn’t anything new). 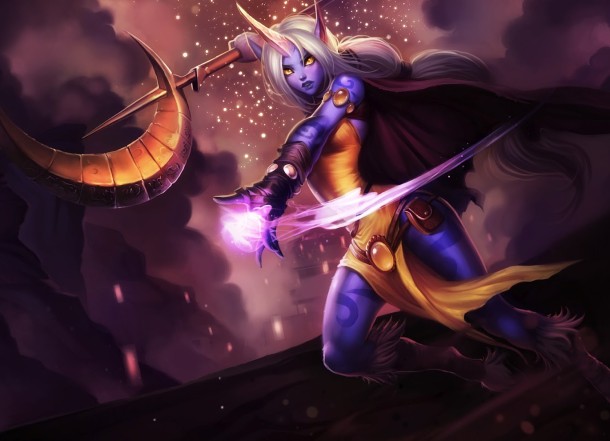 Even if you want to argue the unicorn-magic-so-anything-is-possible route for her, remember that horses have spines too.   Oh and look! Random pouch. Rob Liefeld would be so proud.

Who needs things like the ability to stand upright when you’ve got such a pretty tiara? It’s Diamonds are a girl’s best friend, not essential body parts.

It’s a shame since I actually think Karma’s design is pretty cool. But when looked at critically this picture makes me think the artist thought to himself, “Hmm…can I make a character that is just boobs and thighs? No? Those other things like a head, neck, and waist are important? Okay, I guess I’ll add that stuff in somewhere. But don’t worry – I’ll make sure the castles and mountains in the background are in realistic proportions and perspective.”

It’s disappointing that even in today’s video games, while the boys get paintings showing how battle-ready and fierce they are, the girls are literally breaking their backs to visually please the audience.

20 thoughts on “Of Broken Backs and League of Legends”