Articles on Japan / Blog / Travel / Uncategorized
This post was originally written on March 1, 2011. It’s the second of three that I’m taking back from an old blog I wrote while I was studying abroad, written for a class. There were only three because I was sent home early due to the Tohoku earthquake. The first assignment was your first impressions of Japan. This assignment was to write about the city you live in.
———————————————————————–
It’s been a month now, and I still feel there is so much I don’t know about this city.
I feel like I’ve barely scratched the surface.  This picture, to me, represents how much is still unknown to me about Hirakata, or even Kansai. 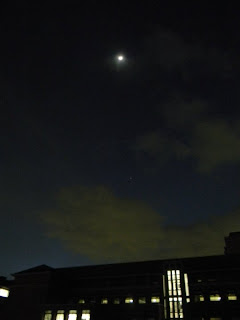 One of the most interesting things about the city is how you can find a small farm right in between smashed-together houses and supermarkets.  This is most certainly not unique to Hirakata but it is where I first found it to be true.  I’m from Wisconsin, a place known for its farms, and while it is true that I’ve seen tractors roll through towns, I’ve never seen an actual field next to a County Market. 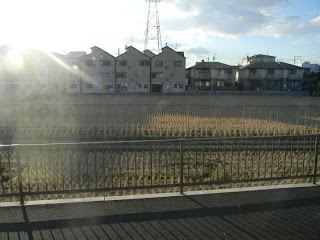 Another thing along those lines are the shrines, seemingly placed randomly.  (Though I suppose really it’s the modern buildings that were built up around the shrines.)  Every once in awhile I find myself letting them fade into the background.  This one especially, as I pass it every day at least twice.  Still, it’s beauty and mystery still serve as a reminder to me that I am not in Wisconsin anymore.  One of these days I will have to stop and try to understand what it’s a shrine to.  I still feel as though my entering it would be slightly taboo… 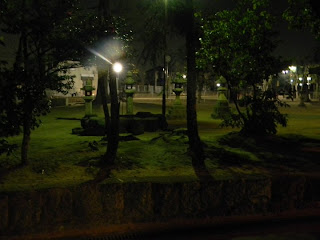 When I picture Hirakata, however, the picture below is more the view I think of.  So far the city has mainly served me as a road.  Whether a road to school, to Osaka, Kyoto, the 100 Yen store, or the nearest takoyaki stand, I haven’t really viewed the city as a destination yet. 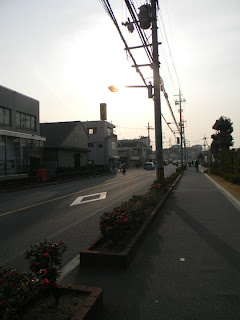 The campus is still much of a mystery as well.  I spend most of my time between two buildings.  I hope as it gets warmer I can explore more.  I have, however, managed to find many places that have really neat architecture. 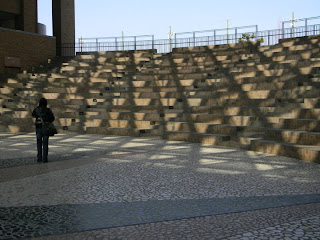 There is still much I have left to discover about Hirakata, and I hope after the next three months I will be able to say that I know it like the back of my hand. 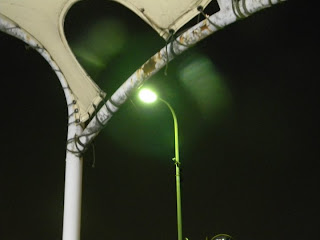 Lastly, on a post script note, from three years ago and continuing this time too, I seem to find Tommy Lee Jones and Orlando Bloom everywhere. 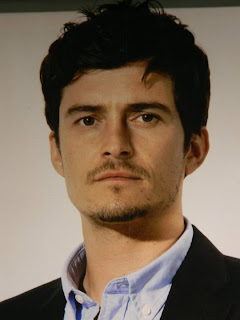 He seems as unsure about the future as I am.  That or he just saw the products he’s advertising.